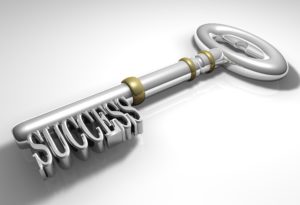 More often than not, a client will come to a coaching session with a particular topic or situation they want to talk through, in order to gain clarity about how they can move forward.

What I often notice when I review coaching sessions as an ICF Assessor or as a mentor coach, is that the coach assumes that the topic or situation is the agenda for the session. Yet it’s not. It’s only the opening for discovering what the client really wants, and what they want to have accomplished at the end of the coaching session.

Coach: What would you like to talk about today?

Client: I’ve had a bit of a setback because of some of the things that have happened at work.

Coach: So who do you need to speak to?

Client: John, but we’re equally responsible for this project and we don’t agree on how to move forward.

Coach: So what do you need to do next?

The coach keeps coaching based on the first thing the client said which was, “I’ve had a bit of a setback because of some of the things that have happened at work.” What’s not clear is what the client wants to accomplish around this topic or how they’ll measure success of this session.

The topic is not the client’s agenda. But the coach may get seduced by the first thing the client says and go into a helping mindset (Ooooooh, here’s a problem. Let me help the client solve their problem….).

Without knowing the client’s desired outcome, the coach proceeds based on what they are interested to know about, or where they feel they can ‘help’ the client. This may not yield the outcome the client really desires, nor empower the client to take action that best aligns with their goals. You most often need to inquire further and listen deeper to hear the real issue the client is grappling with.

In The Target Approach model I’ve created of the competencies, I term “Establishing the Coaching Agreement” as a ‘structural’ competency. You need to know the structure of a coaching process. In this case the structure is a client-centered coaching outcome, known as the “coaching session agreement.”

How many components are there to listen for?

Establishing the coaching agreement is so important to the client’s success, and if done poorly will likely leave the client without the results they want. There are five key components of how the coaching agreement works in real life, along with four other components you have to pay attention to throughout the session. I have outlined them in detail in my product bundle “Establishing the Coaching Agreement.”

Back to the example…

….what should the coach do instead?

The coach should still inquire into what happened and listen attentively to what the client says. Then at some stage the coach needs to ask the client a question like, “What would you like to have clarity about this subject by the end of our session?” This is the very minimum you want to know because at least you will be able to attend to the client’s agenda.

What does the client really want to accomplish?

For example, do they want to think through and strategize their options of how to handle the situation? Or do they want to practice having a conversation with John, or someone else, that feels difficult to have because there are strong opinions and emotions involved?

The coach listens to the client response and may ask some further clarifying questions to understand a measure of success indicator that will allow the client to know they have achieved what they wanted from this coaching session.

Attend to the client agenda, not the coach’s

When you know the client desired outcome, you are at least able to follow the client’s agenda. Otherwise you are following the client’s topic….and the conversation is likely to be driven by the coach’s mindset and agenda, because the coach asks about what they are interested to know. This often leads to a dissatisfied client who might say, “That was great, but I still feel anxious…”

Did you miss the real outcome the client wanted?

If the client says “…but I still feel anxious” at the end, you have likely missed what the client wanted to accomplish in this session. Maybe the client wanted to work through the anxiety they feel about being the co-project leader (maybe for the first time or for a huge or significant project). Because you didn’t inquire further, you missed understanding the outcome the client really wanted around their topic. And the client leaves the coaching session without achieving what they really wanted.

The next time your client brings their topic to the coaching call, remember there is still more curious inquiry to be done to establish what the client wants to ultimately walk away with at the end of the session. That then becomes your agenda to attend to.