I have a very sweet memory of me at around age 8, being a ballerina in some local play. I don’t remember the details, just the feeling of dancing around in a floaty fairy-like costume, often pointing my toes in one of the five basic ballet positions.

Over the years, I’ve always remembered the five basic ballet positions and as a child, would often break out into doing them spontaneously! I was one of those kids who was always hanging upside down on the monkey bar gym in the school playground. Then I’d jump off and sometimes do the basic ballet positions before climbing back up again!

Fast forward many decades. Someone I had been going to the same Bikram Yoga studio with for many years was an ex professional ballet dancer who now taught adult women ballet warmup classes. So in 2016, I decided to join a class and I bought these cute pink ballet slippers and went to my first class. I was so excited!

We did the basics, which brought back some great childhood memories. Then we did some warmup routines and I was completely lost. The routines were fast and I wasn’t able to keep up. Nor did I know the basics beyond the five basic positions.

I felt disheartened, and after about 6 classes of struggling through, I gave up. Not my usual thing, because I’m not one who gives up. Yet the joy wasn’t there, and I realized my expectation was still that of an 8 year old wanting to relive some happy memories. And I needed more time to learn all the basics being used in this class, but not being taught.

However, the learning from that experience gave me greater empathy for those I mentor coach toward their MCC, PCC, or ACC credential. What I realized is first and foremost, it’s best to focus on the basic coaching skills, and then elevate from there. Just like there are more than the five basic ballet positions, there are a lot of basic coaching skills. These are outlined in the ICF Core Competencies

The Core Competencies are the same at every coaching competency level. It’s the application that is elevated as the coach masters the basics, then elevates them to the next level, and then to another level.

What to What/Who to Who/What

I make a distinction that is widely embraced by others, that ACC skill is basic coaching skill level with a “What” focus. PCC builds on that skill and brings in a “What + Who” focus. MCC shifts to fully being curious about the “Who” of the client, while recognizing every client has a “What” they want to accomplish.

How’s that for some jargon I just threw on the page! I’ve previously written an article on the distinctions

The bottomline is you can’t get to mastery in coaching, without doing the basics really well. The ICF Core Competencies are the same at every level.

…..the coach asking their client what they want to have as an outcome and move forward, which could be to close a current gap in performance or understanding, or an opportunity gap toward something new they are envisioning (business, or personally). The coach clarifies the client desired outcome, and continues to coach the client toward that outcome with the coaching skills of listening, questioning and direct communication.

Coaches who come to me for mentoring often ask how the different skill levels sound. That is why I have an extensive library of coaching recordings that have passed each credential level, and I’m forever grateful for my clients, and their clients they are coaching, who release recordings to my private pages. The reason they do this is because they have learned so much by listening to others coach at each level and want to pay it forward.

What’s noticeable by listening to ACC, PCC and MCC skill level is the mechanics of coaching tend to move into the background as skills elevate toward mastery. Yet you can still hear the coach is listening at every level, that progresses to a deeper level of listening and curiosity about Who the client is (including how they create success, what they do when faced with obstacles, what strengths they can use more, how to cross pollinate knowledge from one realm of life to another, etc.)

To elevate coaching skills, review the following and practice implementing one skill or behavior (marker) at a time to your coaching:

For ACC, here are basics using the PCC Markers

Start early with your mentoring requirements in the year of your renewal. If you plan to submit for your next credential instead of renew your current one, you will need to submit your application by mid to late August in order to accommodate the 18 week ICF process. 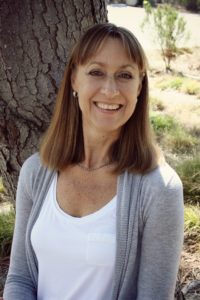