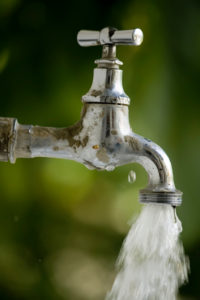 Sometimes in a coaching interaction, we need to 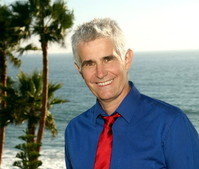 interrupt the current flow of the client talking in order to update, renew or reinvigorate the focus of the conversation, thereby sending a new signal that clarifies for the client what is truly important.

As a long-time coach, there were occasions where I had a client who rambled. It wasn’t so much that there was a stream of consciousness. It was a stream that went all over the place with no clue where it was going. But the tap was on so the water kept flowing.

I was mindful that as a coach, I’m not supposed to interrupt a client. However, this can go overboard and become a situation where the coach is actually not serving the client by letting the client continue to monologue.

This isn’t about someone being a verbal processor, because those folks always get somewhere. They simply need a space to feel their thoughts are heard, occasionally prompted by a reflection or evocative question. They have a clear intention to get somewhere and whether consciously or unconsciously, they’re determined to do it.

It takes Coaching Presence to successfully interrupt your client

It took a while for me to develop the “Coaching Presence” and skill of how to ‘interrupt’ while still honoring the client. In fact, as both a current and former assessor for ICF, I looked to the competencies for exactly where this situation lands in terms of what the PCC Markers might tell us about when and what to do.

Letting a client go on and on shows up in several places in particular. The most obvious is Creating the Coaching Agreement. If the client simply continues to talk without the coach helping them clarify and crystallize what the session is to be about and how success will be measured, the tap just keeps flowing.

The end result of such a session often means that nothing has actually moved forward on either the being or doing level. It’s just been words spoken in to air. And though the feeling is, “Wow, someone really listened to me” (which is what a good coach would do), the outcome could be characterized as, “Yes, someone listened and so what?

….. is a clarification process about how coach and client are going to play the coaching interaction game for the length of the session. Letting them wander all over does not:

The next most obvious place this situation lands is in the Direct Communication Competency. In particular it points toward marker #7 which states, “The coach allows the client to complete speaking without interrupting unless there is a stated coaching purpose to do so.”

I’d like to offer some ways that one can interrupt while still maintaining a coaching presence that supports the client. The first example is in the Direct Communication realm which states, “The coach shares observations, intuitions, comments, thoughts and feelings to serve the client’s learning or forward movement.”

Here’s an example from a real situation for me:

Imagine a client going on for a good 6-9 minutes, with their monologue bouncing around from topic to topic like a pinball on a random run without the flippers to give it direction. Even after several attempts of, “What would you like to use this session for?” or, “What specifically would be of value for us to focus on right now?” type questions….I finally had to interject and say…

“Excuse me for interrupting, but you’ve said a lot of words and in all those words, I have no clear understanding of what is meaningful to you and I’d like to hear what is truly important for you so I can support you. Would you help me out and bottom-line the thing you most want me to know?”

You may notice that I was not forcing them to go in a direction I thought they should go. I was simply stating my experience of the conversation and what I might need in order to help them.

Demonstrate Partnering with your client

This kind of sharing can give the client a number of things, not the least of which is a sense of partnership that comes with their coach being completely transparent with them. It models a ‘personal truth-telling’ that might also be valuable some time later and creates trust that the coach isn’t going to gloss over, suppress, or misrepresent themselves and what’s going on for them.

One last example that happened for me, and again, same situation;

“You know, I’m lost in all the stuff you’ve been saying and I’m wondering if others you’re leading might have the same experience?”

This provides an opportunity for the client to consider if their current behavior with their coach is indicative of what others might also experience.

So…at heart in all of these is having the coaching presence that isn’t about projecting some sort of infallible, omniscience. It’s about modeling being truthful about what you’re experiencing and having the courage to say so, and respectfully soliciting your client’s input on where to go that will be of most value.

This article was kindly offered by coach extraordinnaire, Michael Stratford, MCC. To learn more about Michael, visit his website.

April 2015 and is open to all credential levels
Limited spaces remain!