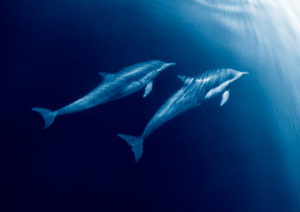 The term ‘partnering’ has become fashionable within the ICF and one that is critically important to understand, if you are seeking to be an effective coach. And it’s a term specifically used in five places in the PCC Markers, for ICF Assessors to find evidence of this coaching behavior.

The ICF definition of coaching is…. “partnering with clients in a thought-provoking and creative process that inspires them to maximize their personal and professional potential.” This definition has been around for at least 7 years, if not longer. So partnering has been right there in front of us, yet not fully understood.

When you look at the ICF core competencies, the term we were using more is “Co-creating the relationship,” which is associated with the competencies of Establishing Trust and Intimacy, and Coaching Presence.

Co-creating and Partnering are two very important concepts for coaches to embrace as a mindset and approach in order to draw out the client’s self-knowledge. Drawing out self-knowledge is what differentiates coaching from other professions such as consulting, teaching, training, or therapy.

Partnering is characterized most simply by allowing the client to choose what happens next, throughout the session.

A coach’s first role is to draw out the client’s self-knowledge in order to discover what they already know and might not be accessing, and what other knowledge they may need to seek out, in order to progress toward their desired outcome.

I referred to Partnering in a recent blog article called, The Important Role of Asking Closed-Ended Questions as well as another article, “Partner with your Coaching Client.”

Full Partnering is a MUST for MCC skill level coaching

For MCC skill level, this idea of partnering is absolutely at the heart of how a coach approaches a client. The coach gives leadership of the session over to the client by engaging in drawing out the client’s self-knowledge.

The coach’s tone of voice also conveys acceptance of the client as a wise person about themselves, even if the client doesn’t see themselves this way. The coach’s presence, through partnering, allows the client to get in touch with their important thoughts, beliefs, values, strengths, and their solutions.

Importantly, partnering allows the client to guide the coaching session to where they want to go next, versus where the coach thinks the client should go.

As we do not yet have MCC Markers, let’s look at the 5 PCC Markers that specifically use Partnering in their terminology, and I’ll make further MCC distinctions as well.

Coach partners with the client by supporting the client to choose what happens in the session.

As one of the ICF Assessors selected to be trained in the use of these new PCC Markers, my understanding is that this requires the coach to stop driving the session based on what they are curious to understand. Instead, the coach asks the client questions such as:

Now that you have articulated what you want to accomplish in this session, where would you like to begin?

Now the coach can ask their questions and make their observations based on knowing what the client wants to explore next.

During the session, the coach partners by doing a process check-in with the client such as:

Is this conversation helping you to move closer to your outcome for today’s session?

Is this conversation on track for you or do we need to change direction in order to meet your outcome for today?

Are we talking about the right issues, or is there another topic that would be more important for reaching your outcome?

At MCC skill level, the language of the client is used rather than general questions such as those outlined above.

Coach partners with the client by inviting the client to respond in any way to the coach’s contributions and accepts the client’s response.

This marker means that the coach may offer their intuition or thoughts, yet do so in a tone of voice and way that allows the client total choice about whether they agree or disagree with what the coach says. Partnering gives authority to the client to determine what feels right for them, versus taking the advice of the coach because the coach said so and therefore it must be ‘right.’

An MCC skill level demonstration of this competency includes the above as well as being willing to say things that are there to be said. For example, if the client says they want to find the source of their issue that has been with them ever since they were a child, an MCC skill level coach has no hesitation responding with something like, “I understand your desire, yet we may not get to the source of where your issue came from because that might take us into a conversation of a therapeutic nature, which I’m not qualified to have. I’m wondering if we can talk about what you’ve learned about yourself over the years and how that learning could be applied to your desired outcome for coaching? Would that work for you? Or do you have another idea we could consider?”

This is an example of creating the boundaries of coaching, and helping you and the client to determine what is an appropriate outcome for the coaching session that will serve them to move toward what they want. You still honor that the client knows things about themselves historically, that may influence their present. And you partner with them to find a way forward, that works for both of you.

A skilled master level coach will stay within a coaching framework while working with this historical self-knowledge to serve the client in this present, toward their desired future.

Coach partners with the client by playing back the client’s expressed possibilities for the client to choose from.

This marker is evidenced when the client has spoken about two or more things and the coach plays them back. For example, “You mentioned a, b and c. Which one would you like to explore?

A more advanced (MCC skill) level would be to say, for example;

You mentioned a, b and c. I wonder how they might relate to one another for you?

Given that you’ve uncovered a, b and c, how would you like to move forward?

Coach partners with the client by encouraging the client to formulate his or her own learning.

What are you learning about yourself now?

What has become clearer to you now, if anything?

What’s your intuition telling you now?

At all skill levels, you don’t have to wait until the end of the session to invite the client to consider what they are learning. In fact, by asking during the session, the client often compares where they started in the session to where they are now, and may naturally gauge their progress toward the coaching outcome they stated they wanted for this session.

Coach partners with the client to close the session.

This marker brings back the coaching agreement focus and asks questions such as,

Is it appropriate for us to move toward closing this session?

Are you ready to start closing the session and reflect on what you gained against your desired outcome?

What did you gain from this session?

What is still lingering in your thoughts?

What didn’t we get to?

What would you like to do about those things we didn’t get to? (which might be to address in the next coaching session, or the client gives themselves a fieldwork assignment).

This marker also evidences asking the client how they might want to close the session:

Are you ready to close the session?

What else might you want or need to say before we finish up?

Partnering is a powerful tool that is treated as a technique at entry coaching skill level, but is an integrated way of engaging with the client at the higher skill levels of advanced PCC, and MCC.

My experience is the more we come from the place of treating the client as wise about themselves and drawing out their self-knowledge, the more energy the client frees up. And the coaching definition goes from an idea to reality; our client has been in a thought-provoking and creative process which inspires them to move themselves toward what’s important for them.

The next two Group Programs commence