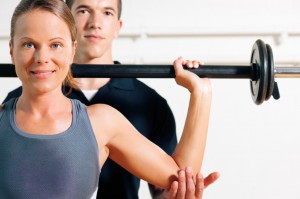 One thing I’ve noticed over the years of mentoring coaches toward their ICF credential, and listening to many hundreds of coaching sessions as an ICF Assessor, is that you can have hundreds or even thousands of coaching hours, and not be demonstrating good coaching skills.

There’s a belief that ‘practice makes perfect’ and yet that is not my experience. As legendary American football player and football coach, Vince Lombardi put it:

If you aren’t regularly making it a habit to have your coaching skills evaluated by someone who is qualified to evaluate coaching skills, then you may have fallen into bad habits without knowing it.

What Michael Jordan, Kobe Bryant and Tiger Woods have in Common

As a huge sports fan, I notice how the highest paid athletes in the world engage in constant practice and preparation. They may already be the best in their sport, yet they never turn up to a game without having done a ton of practice since the last game. They also practice in their off-season. And they have qualified people watching them to see that they are practicing the ‘right’ way.

I’m currently reading “Eleven Rings” by another legendary coach, Phil Jackson, who coached Michael Jordan and Kobe Bryant to multiple NBA basketball championships. Phil is quoted as saying that, “No-one works harder in the gym than Kobe Bryant.” He also noted that, “Michael Jordan played as hard in practice as he did on the court.” Both Kobe and Michael engaged with specialty coaches who watched them practice and gave them feedback so they get better ‘the right way.’

Another example is Tiger Woods, who is currently coming back from a four month layoff due to injury. Tiger has hired a new “Swing Coach,” Sean Foley, and before that Hank Haney was his Swing Coach for 6 years. These coaches watch his golf swing and give him feedback that will help him get better, and adjust to the changing conditions in his body, and his golf game.

What Many Coaches Don’t have in Common with Elite Athletes

Karen Boskemper and I lead The Mentor Coaching Group because we have a passion for advancing the professionalism of coaching, and believe that can be done through the lens of the ICF Core Competencies. It doesn’t matter what your coach training is; the core competencies are a set of standards by which you can assess your current coaching skill, or improve to your next level. We are both trained ICF Assessors, who are currently being trained in the new PCC Markers as well.

Here’s what one of our mentor coaching clients recently wrote after completing our program: “I went in to this experience knowing I would gain valuable insight on my coaching – that is what I expected. But my experience with both Carly and Karen as well as my classmates throughout the sessions had an even more profound impact on my coaching abilities than I had imagined. This was by far the most impactful coaching experience I’ve ever had from a continuing education standpoint and well worth the cost.”

We wish you a safe and joyful Holiday Season.
May your growth and development as a coach continue in 2015. 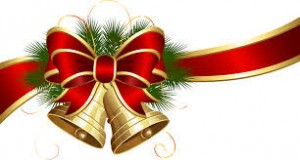 Here’s what another of our mentor coaching graduates had to say: “I had planned that this would be a preparation program for my MCC credential application, however a market downturn has reduced coaching opportunities, and the program has demonstrated that I wasn’t at that level of skill when I entered. However, after the program, and particularly the one-on-one mentoring sessions, I believe I am on the cusp and will meet MCC standard by the time I have sufficient hours.”

We invite you to consider what your level of engagement is with evaluating and developing your coaching skills, so that you can be the most professional and effective coach you can be.

You don’t have to wait until you are applying for your next credential. You might consider making it a regular part of your yearly development to have your coaching evaluated, so you are confident that you are delivering the best coaching to your clients.