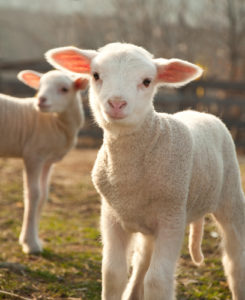 Over the past few years in particular, I’ve been mentoring coaches toward mastery skill, and to prepare to submit for the ICF Master Certified Coach (MCC) credential.

Many of these coaches are trainers for a coach training school, or have been coaching for a long time. Many live in different parts of the world. And many, not all, have Type A personality tendencies.

I enjoy being challenged to give my best as a mentor, and to have my clients understand the distinctions between PCC and MCC skill level. Along the way, I’ve learned some lessons I thought I’d share with you.

1. All coaches want to know what they are doing well

I often hear from those moving toward MCC something like, “I don’t want to hear the good stuff. Just tell me what I need to do to pass the MCC credential exam.” At first I believed these coaches (with Type A personality tendencies), so I gave them specific ideas of what they could do to improve. To which I would almost always hear the response, “Haven’t I done anything well!” Hmmmmm.

Neuroscience supports that we need to hear a lot more of the good stuff before we can take in any developmental comments. (You may notice that I avoid using the word ‘feedback’ as that word has become synonymous with criticism). So now I always, no matter what, start with strengths and what they are doing well, with the context that I want them to know what to keep doing well. So, it’s not the good stuff. It’s having conscious awareness of what will help you move toward MCC skill level.

2. Listen to coaching recordings of your client

The only way I know how to give my observations about someone’s coaching is to hear them coach. I know this seems obvious, and yet many coaches who come to me for mentoring tell me they’ve some (or no) discussion about the core competencies. And they haven’t had their coaching reviewed, maybe since their PCC level coach training many years earlier.

When I ask them to record sessions for us to review (which they’re going to have to do anyway to submit their two “Performance Reviews” for their MCC credential application), many show signs of fear. One of the reasons may be that recording yourself coaching can create performance anxiety. You just have to keep recording until you no longer care about being recorded, so that anxiety doesn’t come through in your coaching.

In our mentor coaching group and individual mentoring programs, we have tools for reducing performance anxiety that Michael Stratford, MCC created. We also have recommendations for how to set yourself up for success. One example is choosing clients to record who are able to be reflective, not just speak all the time.

I feel it’s important to not only listen to your client’s coaching (with the client of their choice, not coaching you), but also to give specific, written comments. Many coaches who find me for mentoring tell me they are hungry for specific observations, not general observations. For every client recording I listen to, I fill in a “Core Competency Worksheet” (CCW).

I listen for evidence. First, I listen for what the client said, and then for how the coach responded. For each competency, I collect evidence of what the coach’s response was that supports that competency. Then I listen for patterns of coaching that might indicate ‘against’ evidence that would take away from that competency at mastery level. This is how we were trained using the ICF PCC Markers Assessing System and I find it is an excellent discipline when mentoring.

One example might be the coach is quiet, and spacious in their listening (one of the Ten MCC Characteristics I’ve identified), throughout the session, yet interrupts twice in the first 3 minutes. That’s all. So that isn’t a pattern of ‘against’ evidence. It’s likely nerves. If the coach interrupted 7 times in the session, then that is ‘against’ evidence, and enough to take the core competencies of Trust & Intimacy, Active Listening and Direct Communication below mastery (or MCC) skill. One thing I work hard to do is use neutral language when writing up a CCW. That may be another blog article.

4. Have clients listen to their own coaching and write up a core competency worksheet

For the individual mentor coaching portion of our group mentoring program, we require our coaches to listen to their coaching and write up their own competency worksheet, and send to us along with their recording.

For some reason, it can be challenging to listen to a recording of ourselves. Some coaches hear everything they did well, while others hear everything they didn’t do well. My intent is to continually educate my clients on MCC and mastery skill level distinctions. By receiving their CCW, I understand where they are at with their current understanding, and what I need to keep working on with them. In our mentoring session, we compare notes, so to speak, on what we heard in their coaching.

After our mentoring session, I then send them my CCW because again (lesson learned), when I’ve sent my CCW ahead of time, some coaches go, “Oh, I’ve got it. I know what to keep doing.” Well some do get it, and many don’t. By not having the CCW before our mentoring session, I find the person more open to listening and inquiring, instead of being in an, “I know” mindset.

5. Use the PCC Markers as the basis for MCC skill level

In 2014, after years of research and work, the ICF released a set of 47 markers across 10 of the 11 core competencies, that are evidence that indicate PCC skills being demonstrated.

Another marker is in Active Listening, #3, “Coach inquires about or explores the client’s emotions.” Coaching Presence, #1 speaks to the ‘whole person,’ and here is one specific marker that is further evidence of that focus. Being able to coach the “Who” of the client (again, a number of markers evidence this), is also critical.

Whether you are a mentor, newer coach, or someone moving toward mastery coaching skill level, I hope you have found a nugget in this article that you can use. 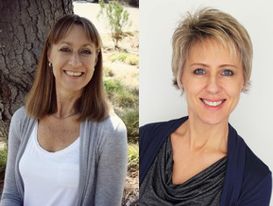 Carly Anderson and Karen Boskemper offer an awesome mentor coaching group and individual program that has many exclusive offerings for our participants. Both have been trained by the ICF to assess using the new PCC Markers. Carly also assesses for the ICF MCC and ACC credential.