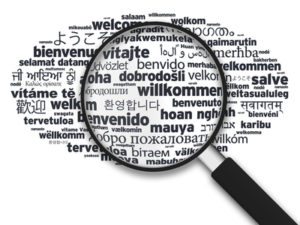 I’m not an idealist. I don’t want to save the world. I recognize there are gross inequalities in the world, where innocent people are the victims of horrible crimes and abuses, and we could do with a lot more compassion toward ourselves, and others.

What drew me to coaching was the power of being heard. There’s a lot of talking ‘at’ others that we do and very little listening ‘to’ what another person is saying, without an agenda, or having to give our input. Going a bit deeper, I know where this desire to be heard came from for me. I grew up in a family where the belief was that “children are to be seen, not heard.” I know this is common especially for my generation, yet I see the influence that has had on me and why I love coaching. I give the space for others to be heard, and there is such power that occurs because of that simple act.

About a year ago, one of my ICF Assessor peers and I were speaking and she shared that she often assesses coaching in languages she doesn’t speak. Well I was speechless! And yet I was intrigued at the same time.

A year later and I’ve now listened to coaching in a number of languages, none of which I speak including Russian, Romanian, Scandinavian and Asian languages. I am surprised by how many words I can recognize, but it’s more than that, which I’ll get to in a moment.

This past week, I led a nearly 2 hour webinar for a group of coaches-in-training in Russia, with an English translator. I delivered The Target Approach. And in advance, I had listened to a coaching session recording in Russian with an English transcript and provided ICF core competency feedback in English, which was then translated back to Russian for further learning with their Russian mentor coach after the webinar was finished. I sincerely wish everyone could listen to the coaching I heard, because there are amazing people in all parts of the world, who are conscious, and wanting to help others, and to learn and grow.

For my mentoring clients who I have listened to coach in their native language, there is always delight and surprise, for them and for me!

Here are some of the things I’ve learned by assessing coaching in another language, and I’ve mostly posed them as questions I ask myself as I listen:

The presence of the coach is noticeable beyond the words being spoken.

What’s the connection and flow like between coach and client?

Are there any significant tone or energy shifts in the client?

Does the coach notice what’s occurring with the client, or stay focused solely on what the client is saying?

Does the coach stay silent and allow the client to fully express herself, or does she interrupt and cut the flow of the client?

Does the coach use the client’s language in her reflections and questions? Yes, you can hear whether the client’s words are being used in another language!

How direct and succinct is the coach in the way she structures and shares her observations, and her questions?

In both The Mentor Coaching Group and in my individual mentoring, I’m often working with clients from around the world where English is their second language. When I then hear them coaching in their native language, there is a noticeable positive difference, which makes sense because the coach is feeling more comfortable using words they are familiar with rather than having to translate into English.

If you are a Mentor Coach, I highly recommend you give the gift of listening to your client in their native language, and you’ll likely find your heart full with appreciation for your client. And a deeper connection to the power of truly ‘hearing’ your client, beyond the words being spoken.

April and May Groups Sold Out!