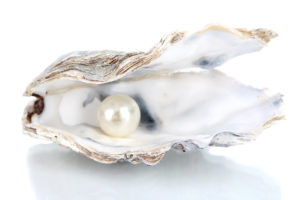 From the title of this blog article, you might think that is a no-brainer of a question. Yet clarifying the client-driven coaching session outcome, is one of the most challenging core competencies for most coaches to master.

If you don’t know what the client really wants as an outcome from the session, then you might be asking questions and making observations about the wrong thing. The client may enjoy your questions and have a good conversation with you, and yet didn’t really close the gap from where they are now to where they want to be.

There’s a pattern I’ve observed that might be useful to experiment with for yourself. When you ask your coaching client, “What would you like as an outcome today?” The client might initially share what they want, then give an explanation about that, and then perhaps add a few extra things.

You may become a bit confused as to what is most important for the client to accomplish, so you ask the client to clarify further. What often happens is the client lands on a simplistic response, usually a version of wanting a plan or strategy or something logical. This may be useful, yet it misses what was really between the client and them taking action. Most clients know how to create a plan, or strategy. What’s often missing is something in their inner landscape that has to do with their thinking about themselves, in their situation.

The coach may get deep into listening to the client explanation and story and forget the first thing the client said about themselves. I’ve observed how often a client will reveal their inner landscape, if you are really listening for it.

Coach: What would you like as an outcome from our coaching today?

Client: As you know, my business has been going really well, and I think now is the time to start planning for expansion. Except I’m afraid that I might spread myself and my resources too thinly if I do that now. Because I have a huge project underway and there are so many elements to it, that I don’t know if I can think about expanding. Yet if I don’t do it soon, I’ll be disappointed with myself that I didn’t do it. [client goes on to explain more about the business opportunity they see, and about their current workload, and examples of how well the business is doing).

The client could speak for many minutes, and the coach might miss that the first possible focus could be around, “Except I’m afraid that I might spread myself and my resources too thinly if I think about expanding now.”

I mentor coaches to listen very attentively because what the client initially says, and especially about themselves, could get lost in the details they then share. Also, when the client is giving more explanation about their situation, there are clues of what is really the core issue for them.

What versus Who listening

For example, the What in the initial example I gave includes, “As you know, my business has been going really well, and I think now is the time to start thinking about planning for expansion.” “Except I’m afraid that I might spread my resources too thinly.”

The Who examples include, “Except I’m afraid that I might spread myself too thinly.” And, “I’ll be disappointed with myself…”

There also appears to be some inner conflict between focusing on the current project, and wanting to focus on expanding her business.

The more powerful place to coach a client is on their “Who,” which is their inner world and how it impacts their outer world.

Listen for client ‘self’ indicators

I’ve noticed some key words and phrases clients will often use which are indicators as to what might be in the way of them easily taking action. These can be said in the first few sentences, or during their story of what is going on for them.

Listen for “I” statements such as:

What could be stopping me from…..

If I just knew what was….

It doesn’t matter for how long the client initially speaks. If you’ve made a quick note of the Who elements of what the client said, you can respond with something like, “It sounds like you have a lot that you are thinking about. It’s great to hear your business is doing so well, as I know how much effort you’ve put in to get to this stage. You initially said you were afraid you might spread yourself too thinly, and also that you’d be disappointed with yourself if you didn’t expand your business. I also sense some inner conflict between focusing on your big project now, and wanting to focus on expanding the business now.”

Then you be silent, curious, present….and listen for how the client responds.

Then you customize your response based on what the client says. Again, responding to the Who elements client might further present.

As you explore more of the client inner world in this way, you might find that the deeper coaching outcome is, “I want to explore what I’m really afraid of if I expand my business, and also determine if I’m forcing the timing of expanding right now. And what other beliefs I might be holding on to that are causing inner conflict.”

Some tips to experiment with

Our client is giving us clues all the time about what’s in their way to achieving what they want. Listen for the “I” self-descriptors or self-questions and inquire into those.