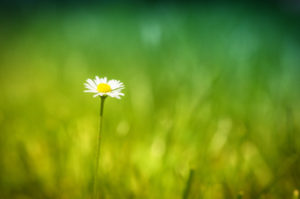 A coaching session is different from a conversation with a friend or colleague because it has a specific purpose. Not every conversation has a purpose.

It is the responsibility of the coach to help the client to get the most out of their coaching session, starting with asking the client for the focus, and what they’d like to accomplish in this session (e.g. What would you like to have by the end of this session that you don’t have now?). This is part of the skill set of the ICF core competency of Establishing the Coaching Agreement.

If you have already established the larger coaching agreement for the entire coaching engagement (Planning and Goal Setting), then asking the client what they’d like to focus on in this session will relate in some way to them moving forward with their larger coaching plan.

It takes practice to become good at establishing the coaching session agreement, because what the client initially says they want to be coached on may not be what they really want. Their initial stated focus may be the entry point to inquiring about the deeper or real outcome they desire. This is where the ICF core competency of Coaching Presence of the coach comes into play.

If the coach has the presence (and mindset) of being a problem-solver, then they will focus the coaching session around solving the client’s problem and circumstances, also known as focusing on the What.

If the coach has the presence and mindset of seeing the client as resourceful, possessing self-knowledge, and strengths, then they will seek to focus the session more on the mindset and Who level of the client. Then the initial ‘issue’ or ‘problem’ the client describes will be viewed as simply an obstacle in the way to their true vision. This completely shifts the focus for the coaching session, and provides an opportunity for deeper and more transformational coaching to occur.

Are you preparing to apply for your MCC, PCC or ACC credential?

Or renewing your ACC credential and need 10 hours of mentor coaching? We offer an awesome mentor coaching group and individual program that has many exclusive offerings for our participants. One of those offerings is a library of MCC, PCC and ACC coaching sessions for our participants to listen to, evaluate, debrief, and learn from, along with The Target Approach to demystifying the ICF core competencies. These are incredibly valuable learning tools, and will accelerate your understanding of competency distinctions. Here’s where you’ll find more about The Mentor Coaching Group