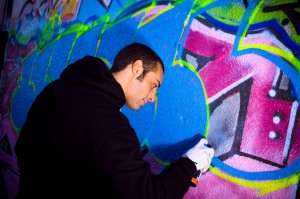 I recently attended a Panel Discussion at my local Performing Arts Center. The title of the discussion was, “Do the Arts Make Us Better People?”

The moderator started out by saying that we need to define what ‘better’ means. She went on to say that better could mean different things to different people. For some, better may mean wiser, or more competent, while for others it may mean to be more balanced. She listed off many different interpretations of what ‘better’ could mean.

This created immediate awareness in me that we do the same thing as coaches. When our clients say ‘better’ we may think they mean to be wiser, when they may mean to be more balanced. An attentive and present coach will never assume they understand what a client means. Instead they are curious to understand their client’s definition by asking the client; “What do you mean by being better people?”

What does “The Arts” mean?

The moderator then went on to do the same thing with ‘The Arts.’ Now I’m not an artsy person at all, so my definition was things you see in a museum, art gallery, performing arts center, and theater. Well again, the moderator blew my mind because she gave a much broader definition to include television programming, online expressions and much more. Wow! We were only 5 minutes into the panel discussion and she had my full attention! I had already gained so much awareness simply by listening to the moderator talk about the different views that were likely being held by the 400 or so people present.

With her insightful inquiry, the moderator skillfully got all 400 people on the same page about the meaning of, “Do the Arts Make Us Better People.” This was so brilliant because many people might have left the discussion feeling it didn’t meet their expectations because they came thinking it was about one thing based on their definition.

Be curious about what the client means

Masterful coaches do the same thing. It’s so easy to assume we understand a word the client uses because it’s a well-used word. Part of the definition of the ICF Core Competency, Active Listening is, “….to understand the meaning of what is said in the context of the client’s desires, and to support client self-expression.”  This is clear; find out what the client means in their context, not ours.

As mentors for The Mentor Coaching Group, Karen and I listen to a lot of coaching sessions between us for our clients moving toward their MCC, PCC or ACC credential, I am intently listening for how the coach explores the meaning of the client’s language…or not. It takes being fully present and attentive to the language of the client then asking the client what they mean, not what we think they mean.

What is the client’s definition?

So here’s my coaching tip that can vastly increase the effectiveness of your coaching in an instant. Never assume you understand the client’s definition of a word. Inquire of the client, especially when you are establishing the coaching session agreement, then use and explore their language and concepts throughout the coaching session.