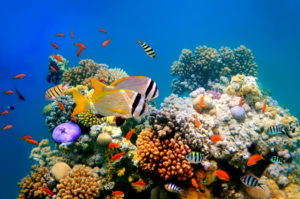 I’ve had a personal epiphany since June 17, 2020 and it is truly shocking to me. I never knew that having white skin automatically meant that I was part of systemic racism.

I’ve never asked myself questions like, “What does it mean to be white skinned?” Or “How would my life be different if I was born black skinned, brown skinned, or multiracial?

As someone who has been in the “people development” business for 22 years, how could I be so blind? I don’t have an understanding of my whiteness (race) and how it really impacts people of color.

As soon as I answered those questions for myself, a crack opened up in my consciousness that hadn’t previously been seen before by me. I benefit enormously by the color of my skin.

Let me repeat that: I benefit enormously in society because my skin color is white.

I offer this article for all white people, and especially to my fellow “people developers” who are coaches, wherever you live in the world. I live (as an American citizen) in the United States, and was born Australia, where I participated in racist thoughts and non-action toward Aboriginal human rights. It’s time to know better, in order to do better.

Once I had my epiphany about my white skinned privilege, I started having conversations with my (white) coaching and mentor coaching clients. And I found that many are also having the same epiphany I had.

This article shares with you some of the resources I’m engaged with myself, along with resources from my clients, and peers.

This isn’t easy work for me to do and I’m not easily absorbing all I read. It’s going to take time, repetition, study, and intention on my part.

I hope you take this opportunity to:

1) become fully educated as a white person, to what having white skin really means to people of color.

2) with that education, to take action toward ending systemic racism, which is hugely embedded in every society that has white governance.

Here’s what created my “epiphany” moment:

I’m a white American-Australian female in my latter part of life stage. Through the recent and ongoing publicized brutal deaths of black people at the hands of police and authorities, I finally challenged myself to really open my mind to my blind spots about racism, and white elitism.

For me, the realizations all started after watching Jimmy Fallon interview Robin DiAngelo on June 17, 2020. DiAngelo is the author of “White Fragility: why it’s so hard for white people to talk about racism”

This 6 minute interview made it so clear to me that it’s time to invest in my education about racism, and antiracism.

My reaction was Wow! I need to get educated on this. I then started reading her book, “White Fragility” which is mind-opening for me.

While written in an easy to read style, I don’t find it easy to absorb fully. DiAngelo is speaking to me from being white, and why we the white “race” come from the belief we are superior to other races. I want to change that narrative, starting with myself.

I encourage you to read with an open mind and heart, and determine for yourself what shift in attitude, beliefs and then actions you might engage with.

Robin has a downloadable “Reading Guide” to accompany the book which you can access here:

Here’s what else I’m personally engaged with to develop my white racial literacy:

This is co-led by Vernice Jones, and Akasha. I’ve already had an in depth “Growth Edge” Interview conducted by Vernice on Wednesday that was very revealing about my race identity.

I’ve identified in that interview as American-Australian, as that embraces both of my cultural references that influence my intercultural and inter-racial biases, beliefs, and experiences. I’m so ready to learn what I really am blind to about my own knowledge of white supremacy, white systemic racism, and white racism. With the intent to be “walking the talk” of change in how I move forward in the world, including the types of clients I attract to work with from here on.

Here are other resources I’m engaged with, or my clients and colleagues are:

The book, “How to be an Antiracist” by Ibram X. Kendi

Also his new book, “Antiracist Baby” for every parent to read to their kids.

My Grandmother’s Hands: Racialized Trauma and the Pathway to Mending Our Hearts and Bodies – on Amazon

Gideon Culman podcast interview with Akasha
This was revealing to me about coach training led by white people, from the perspective of a person of color. This is an interview with two coaches who are friends and colleagues, of different skin color.

Here’s what (white) Gideon writes about this podcast,

“Akasha and I have known each other for seven years. We had wanted to have a conversation that would address racism. But how to get beyond punditry and make an actual difference? I invited Akasha to hold me accountable for racism I had perpetrated against him, promising that I would neither defend nor explain.”

TED Talk by Chimamanda Ngoze Adichie: The danger of a single story

So many white people are resistant to systemic change because they realize they will lose some special status or privileges. We need to confront bullies, and those who want to keep things (being white privilege) the same.

Yesterday, my husband Michael Stratford, posted this on his Facebook feed:

“Today someone called me a racist in another thread. I responded, “Yes, I am. I was born white in a system that favors whiteness, that I am benefiting and have benefited from either consciously or unconsciously. Ergo I am inherently racist.

However, that birthing does not inform my actions now. Except in places I haven’t yet seen. I’m am choosing to learn. I am choosing to uncover what’s hidden. And I am choosing to dismantle as much of that as I can. That’s what I can do and going forward., now that I’m unafraid of the label and can own the truth of my circumstances.”

Thank you Michael, and so many other white skinned people, for taking a stand for change.

In this 4 minute, 23 second video, the point of how we are interconnected is powerfully made.

We have a hugely significant election in the United States coming up in November, and this is one place we can make our voices heard. Get to know your local candidates, including health care leaders who are racist, police and other elected government representatives who are acting in white racist ways. Vote for people of color, and white people who have a track record of breaking down racial and social barriers of all kinds.

And most of all, for each of us white skinned people, to do the hard work of looking at ourselves, at our own inner “system” of conscious and unconscious beliefs, biases, and habitual responses that are racist. And to begin the challenging work of seeing ourselves in our racism, to then be able to shift to conscious actions and decisions that demonstrate we are changing. And that change is coming.

As a coach, I don’t yet know what it means to be white racist. How does that affect my coaching? What am I saying that could be perceived as racist?

These are questions I’m in the very early process of self-inquiry about, and offer the same self-inquiry to my white-skinned coaching colleagues.

One thought on “Racism Antiracism and Coaching”