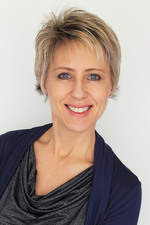 On June 18, 2014 the ICF announced an advanced assessment system for the evaluation of Professional Certified Coach (PCC) candidates. The new marker system was developed by a design team of four core team members over 2.5 years with input from other global members of the ICF Credentialing Training Team.

Carly and I had the honor of being selected to participate in Cohort 1 of the new training, which included in-person training in Atlanta on June 27 and 28 with twenty other experienced coaches from North and South America.

Prior to the face-to-face training in Atlanta, we examined the impact of biases, assumptions and mindsets on the decisions and conclusions we make, and how our own view of “what coaching is” can positively or negatively impact our objective listening for the markers.

An ICF review of score sheets revealed that biases have played an impactful role in the evaluation of applicants and created inconsistent results in the past. The new marker system however, creates a masterful objective listening platform.

From Evaluator to Observer

A key component of the training in Atlanta was shifting from the role of “evaluator” to the role of “observer”. The new markers are specific indicators that an assessor will listen for in a recording to determine which ICF Core Competency the coach demonstrates.

What’s also new is that Assessors themselves will no longer be scoring coaching sessions. This function will be completed by staff at ICF who will determine whether a candidate has passed or not based on the number of markers marked. For Assessors, the strong shift from evaluator to impartial observer/data collector has already proven to provide very consistent results in the pilot group.

The actual Core Competencies are not changing, and the content being assessed remains the same. What the markers provide is an observable, measurable, and consistent way of listening for (note, not evaluating!) specific coaching skills and behaviors. We are listening for the presence and absence of the markers when listening to a coaching session, not relying on our own definitions of PCC level coaching. The new marker system ensures that Assessors are evaluating the behaviors of the coach, not the client’s response to the coach

Marker #5: Coach’s questions, intuitions and observations have the potential to create new learning for the client.

As an Assessor we are listening for the demonstration of this coaching behavior. If the coach demonstrates it, even though the question, intuition, or observation does not result in new learning for the client, the marker is marked. What’s being discerned is the potential of the coach’s contribution to create new learning, not the actual result of the client.

There are two disqualifiers in the new marker system:

2) If the coach demonstrates a consistent confusion about the role of the coach versus another role (i.e. consulting, training, advising, directing).

These disqualifiers are not meant to disqualify the coach who only occasionally offers advice or teaches or misses a more subtle ethical issue.

An impressive body of work has been created!

Overall we are extremely impressed with the body of work the ICF has created around these markers, the commitment to standards and excellence by everybody on the design team, and we feel honored for being selected to participate in this first group of Assessors.

As the ICF Assessor training continues in the next few months, Carly and I are looking forward to deepen our understanding of the markers and sharpen our observation/data collection skills. We also look forward to continuing supporting coaches worldwide in upgrading their own coaching skills and helping raise the professionalism of coaching through core competency development.

Registration for our last 3 month Mentor Coaching Group of 2014 is now open.

2 thoughts on “What’s New About the ICF PCC Markers?”