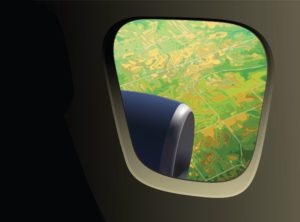 As coaching skills move into master (MCC) skill level and beyond, the way you listen and what you pay attention to shifts.

The way a coach listens determines the types of observations a coach makes, and the possible impact that can have on the client.

This is a mindset shift from solving the “What” to being curious about the “Who” of your client and is something we focus on a lot in The Mentor Coaching Group.(Note: the next group starts February 2015 and has very limited availability).

The master coach knows that they offer much more value to the client through observing their client, than being a problem solver (which is more what a consultant or expert does, or an inexperienced or newer coach does).

Here are some of the things a master coach notices and pays attention to:

The way the master coach feeds back any of the above to the client is by way of an observation which is “a remark, statement, or comment based on something one has seen, heard, or noticed.” An observation is not an interpretation, which many coaches fall into giving along with, or instead of their observation.

You are in-person with your coaching client and you notice that they are speaking quickly and as they do, their face is turning red. Here are examples of how you might deliver this observation.

The tone of voice of your delivery is important – keep your tone neutral so as not to imply your opinion.

“As you were speaking just then, I noticed you were speaking fast and your face was turning red.” This is a pure observation, without adding your interpretation and can be very useful for the client to consider.

“As you were speaking just then, I noticed you were speaking fast and your face was turning red. I also noticed that I had to take a deep breath as I didn’t feel I was able to breathe. I also found it hard to understand what you were saying.” This is also an example of a pure observation, without adding any interpretation. In this example, you are also providing the client with feedback of the impact of his behavior on you, in real time.

This is how the master coach can add great value to the client because you are able to use yourself and your experiences, and allow the client to consider.

“As you were speaking just then, it seemed like you were getting angry.” You’ve bypassed giving an observation and gone straight to giving your interpretation and you could be completely off-base. This is the least useful to the client as you take away their ability to discern for themselves what they are feeling, or reflect on what is going on inside of them.

This is an in-person example, but the same applies when coaching by phone. You notice patterns of speech, emotions, and use of specific words. You also notice shifts in energy, tone of voice, and pace of speech, especially when there is a shift up or down.

The master coach knows that an observation needs to be delivered tone-neutral, and then they need to be silent and allow the client to process what they just offered. The coach needs to be completely un-attached to however the client responds.

During this time, the coach is continuing to be an active observer and notices how the client is receiving their observation, which may lead to more observations. You are focusing on the client and how they process information rather than problem-solving the presenting issue.

Your value as a coach is in your “Way of Being” with the client, rather than in how much expertise you can impart to the client.

The more you move toward mastery, the cleaner and more succinct your observations become.

You are the catalyst for possible self-awareness, which will likely lead the client to knowledge of how to approach their ‘issue’ rather than being the provider of solutions to their ‘issue’ and robbing the client of ownership of their own solutions.