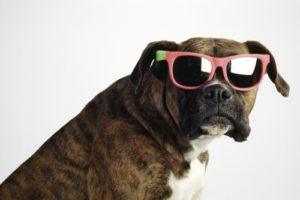 May I make an observation?

Who is willing to say no? Anyone?

My observation is when this question is asked of a coaching client, they don’t say no.

So what is the purpose of saying this rather than just making an observation to the client?

There are three reasons I can think of, maybe there are more:

These are good reasons, yet when used as a default technique, it can feel like leading the client because you know the client isn’t going to say no. Some coaches don’t even wait for the client to respond; they just go ahead and say what they were going to say anyway.

My observation 😊 is every single client I’ve ever used this with, as well as the hundreds and hundreds of ACC, PCC and MCC coaching sessions I’ve assessed as a mentor coach and for ICF assessing; not one client has ever said no that I can recall.

For ACC and PCC skill level, saying a version of, “Can I share an observation with you?” This is acceptable, yet not something that should be done every time you share something.

As we move toward MCC skill level, where connection and presence are key, we want to develop deeper trust with our client where we can make an observation of almost any kind, without the need to first ‘set up’ the client to receive the observation.

PCC Marker 2 for the Core Competency of Direct Communication uses the word ‘share’ and says, “Coach shares observations, intuitions, comments, thoughts and feelings without any attachment to them being right.”

A key distinction I work with is to ‘offer’ an observation. A neutral tone of voice is key to delivering any observation. The more established trust you have with your client, the more likely you can say (almost) anything to them because they have the experience of you being an unbiased support, someone who doesn’t have an agenda for saying something.

I encourage my mentoring clients at every credential to practice offering an observation, and as much as possible without saying the set-up phrase first.

What about sensitive areas or where I might offend my client if I say ‘that?’

To be honest, we don’t know what is a sensitive area for a client. We can only guess.

For me, a sensitive area is a feeling I get in my gut that if I say ‘that’ it might be provocative or sensitive for the client. That is when I’ll preface my comment or observation with something like, “I have an observation I’d like to offer you. I’m not sure if this is a sensitive area for you about, so please tell me if I’ve overstepped the mark. Is that okay with you to tell me if I have?”

I’ve sometimes made observations to clients where I thought it would be sensitive and they say, “Oh no, that’s okay to ask me about.” How interesting! Maybe it’s more about my fear or concern of overstepping the mark with a client, which may be a valid (and a humble) concern to have.

Other set-up phrases coaches often use (but not limited to):

I have a sense of something and I want to offer it to you and get your thoughts. Is that okay?

I have an intuition and I’d like to try it with you and see how it might fit for you.

Your energy seems much lower right now than when we started the session. I want to check that with you before we move on.

Here are some alternate options:

Instead of starting with a set-up phrase, consider the following:

Offer your observation, and then add at the end something like:

…is there any truth in that for you, or not?

…is that accurate for you, or not?

…I’m wondering if you see it this way?

…what are your thoughts on that?

Partnering with your client

These types of add-on phrases also demonstrate the concept of Partnering with your client, a key component of the ICF definition of coaching, as well as a key concept in Coaching Presence. The essence of Partnering is to allow the client to choose their response, or the direction of the coaching session. These types of phrases (and tone neutral delivery, with space/silence for client to respond) are good examples of Partnering type phrases.

Another option is to deliver your observation and the be silent and allow space for the client to process, and then respond however they want. Silence is a key coaching skill to engage once you’ve spoken an observation.

For me an indication of high trust with my client is when they feel free to disagree with something I’ve offered. I want my tone of voice to convey non-attachment to what they do with my observation, and that whatever they think is totally okay with me.

The moment the coach has an attachment to the client ‘getting’ something they say, the dynamic changes between coach and client, and the (metaphorical) spotlight might move from the client to the coach. We want to keep the spotlight on our client to the best of our ability throughout the session rather than what we think is more important for them to hear and ‘get.’

There are several PCC Markers that mention observation, comment and intuition. What’s the difference between these?

To be honest, I’m not sure there are clear distinctions as there is some overlap. But here’s my best shot at some distinctions 😊

Offering an observation, comment or intuition is a different set of coaching skills than reflecting back, which is more about repeating verbatim (like a Parrot) what the client has just said. This has some value, yet is limited to present understanding and is often more for the coach’s benefit (….did I hear you correctly?) than for the client.

Generally, use active reflecting sparingly, and shift to offering an observation, comment or intuition to support the client to perhaps think differently about themselves, in their situation and to where they want to go (future).

What if the client is saying something negative about themselves?

Coaching skills are supportive of people expressing themselves, and are fantastic tools for better communication. Coaches are in the business of wanting their client to succeed. Yet if we become attached to having the client ‘get’ something, we’re stealing away the client opportunity to learn and discover for themselves. There is such power in self-discovery and taking ownership for our discovery, versus being told something.

Here’s an example. Let’s say your client is speaking about themselves to you like this:

“In meetings, I’m the quiet one. I’m told I’m supposed to speak up and contribute more in meetings, that I’m not doing enough to help the team solve the issues we’re facing in the moment. Yet it’s not in my nature to just blurt stuff out in the moment. I don’t know how to get a word in because people talk over each other and a few dominate. I feel so stupid when I’m put on the spot and asked what I think. I’m not like them. I need time to think.”

For those of you who coach project managers, engineers, tech people or introverts, you may hear this theme time and again, as I have over the 20 years of my coaching career.

“If I’m hearing you correctly, you want to speak up more in meetings, and you’d rather take time to think before saying something. And you feel stupid when you’re put on the spot. Am I hearing you correctly?” (this is more ACC and perhaps beginner PCC skill level, and can keep the client talking more about the present).

“As you spoke, I noticed you calling yourself stupid.” (this holds potential for the client to go deeper into their self-knowledge about themselves, or self-definition, or beliefs – often referred to as the Who of the client).

“You used the word ‘blurt’ and I wonder what your experience is of others blurting stuff out. Is that something you want to respond to, or not?” (this is an invitation to the client to examine or explore their word used of ‘blurt’)

“My sense as you speak is that you may fear saying something wrong if you speak in the moment. Is there any truth in that for you, or not?” (this goes deeper into possible underlying reasons the client doesn’t want to speak up in the moment)

Instead of saying a version of, “Can I make an observation?” Perhaps experiment with offering as succinctly as possible what you want to say with a tone neutral delivery, followed by an invitation to the client to respond however they want. What are your thoughts on that? 😊 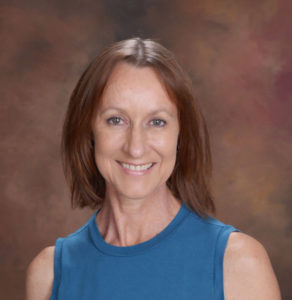 2 thoughts on “Distinctions on observations comments and intuitions”