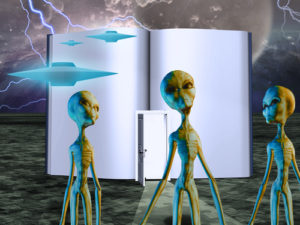 Sometimes our clients get caught up in a story they are telling themselves, either about themselves, others, or their situation. They may say something like, “I need a big win. Things just aren’t going my way.”

Let’s face it. We human beings have a tendency to often exaggerate events to make us look better than others, or even to make us feel worse (i.e. guilty, not good enough…..)

It’s really challenging to change what you’re not aware of!

Once we have awareness about a behavior or way of thinking, we can start to consider different ways to think and act instead. As coaches, one important way that we add value to our clients is by assisting them to gain awareness quicker, in order to make different choices around how to respond.

The Creating Awareness core competency has a sub-point (c) that provides a lot of clues as to what we coaches can do to help our client move out of the loop or story they may be in.

Sub-point c says [the coach] “Identifies for the client his/her underlying concerns, typical and fixed ways of perceiving himself/herself and the world, differences between the facts and the interpretation, disparities between thoughts, feelings and actions.”

Maybe your client says something that seems to conflict with something else they say: In a coaching session, Peter says to you, “I really want to move on from this situation with how John took over my meeting. It’s over. It’s done.” Only to say a few minutes later, “Yeah, that’s typical of John. He never listens to what anyone else has to say.”

As coaches, we are unattached or uninvolved in their situation, so we have the ability to observe our client’s behavior, and emotions. We can even take a ‘birds-eye view’ and see the ‘whole’ picture as presented so far by the client, and make observations back to our client or ask them questions.

Taking each piece of the Creating Awareness definition (sub-point c) can enlighten us as to what to do. As you are coaching Peter, you offer questions, or observations, intuitions and comments:

To bring awareness to his ‘underlying concerns’

To bring awareness to ‘disparities between thoughts, feelings and actions’

Of course, there are many, many more questions and observations you could ask besides the examples given.

Something to Reflect On

Consider the following. What is the story you may be living in, about yourself, your coaching, or your clients? What might you use your coach for to help you gain awareness, and uncover your ‘story?’